Simulation Neuroscience is an emerging approach to integrate the knowledge dispersed throughout the field of neuroscience. The aim is to build a unified empirical picture of the brain, to study the biological mechanisms of brain function, behaviour and disease. This is achieved by integrating diverse data sources across the various scales of experimental neuroscience,  from molecular to clinical, into computer simulations

In a series of three courses, you will learn to use the state-of-the-art modeling tools of the HBP Brain Simulation Platform to simulate neurons, build neural networks, and perform your own simulation experiments. This is a unique, massive open online course taught by a multi-disciplinary team of world-renowned scientists.

In this first course, you will gain the knowledge and skills needed to create simulations of biological neurons and synapses.   Prof. Henry Markram will open the course and present the basic principles of Simulation Neuroscience and the neuroscience knowledge it aims to integrate. Then with Prof. Sean Hill, Samuel Kerrien and Lida Kanari, you will learn about the structure of neuroscience data, its analysis and classification, and how to integrate it into the neuroinformatics platform. Prof. Idan Segev will introduce you to the fascinating world of biological neurons, and mathematical methods to describe their biophysics. Werner van Geit will show you how to apply these methods to create your own neuron models using the NEURON simulator. From Dr. Srikanth Rawasamy and Dr. Eilif Muller you will learn the biology of synaptic transmission in the neocortex, and how to simulate it using the NEURON simulator. In the fifth week of the course Prof. Felix Schürmann and Werner Van Geit will teach you to constrain neuron models with experimental data using genetic optimization techniques

We invite you to join us and share in our passion to reconstruct, simulate and understand the brain!

Knowledge of ordinary differential equations, and their numerical solution

Knowledge of programming in one of Python (preferred), C/C++, Java, MATLAB, R 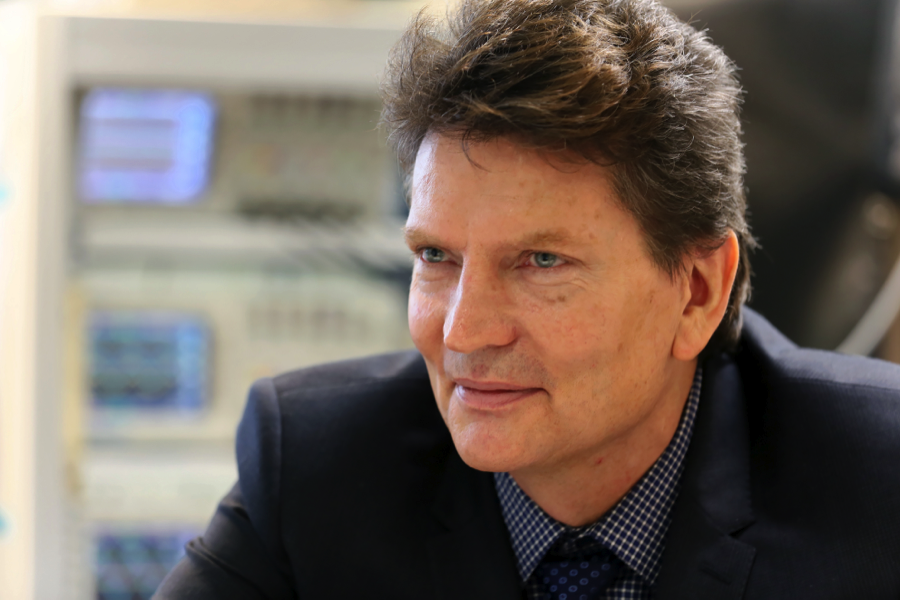 Henry Markram is a professor of neuroscience at the Swiss Federal Institute for Technology (EPFL), director of the Laboratory of Neural Microcircuitry (LNMC) and the founder and Director of the Blue Brain Project. Markram’s research has focused on synaptic plasticity and the microcircuitry of the neocortex, in which he has discovered fundamental principles governing synaptic plasticity and the structural and functional organization of neural microcircuitry. Other key discoveries include the concept of Liquid Computing and the Intense World Theory of Autism.

Prof. Idan Segev is the David & Inez Myers Professor in Computational Neuroscience and former director of the Interdisciplinary Center for Neural Computation (ICNC) at the Hebrew University of Jerusalem, where he received B.Sc. in Math, and Ph.D. in experimental and theoretical neurobiology. His research team utilizes computational and theoretical tools to study how neurons, the elementary microchips of the brain, compute and dynamically adapt to our ever-changing environment. Segev takes a keen interest in the connection between art and the brain, and recently co-edited an “Artists Book” with original etchings by ten top Israeli artists, which were prompted by an encounter with ICNC researchers. 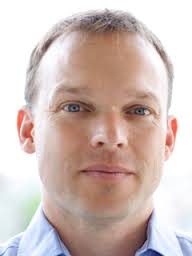 Sean Hill is co-Director of Blue Brain, a Swiss national brain initiative, where he leads the Neuroinformatics division, based at the Campus Biotech in Geneva, Switzerland. He also directs the Laboratory for the Neural Basis of Brain States at the École Polytechnique Fédérale de Lausanne (EPFL). Dr. Hill has extensive experience in building and simulating large-scale models of brain circuitry and has also supervised and led research efforts exploring the principles underlying the structure and dynamics of neocortical and thalamocortical microcircuitry. He currently serves in management and advisory roles on several large-scale clinical informatics initiatives around the world. 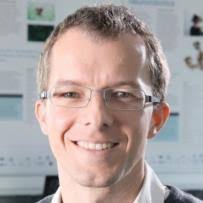 Felix Schürmann is adjunct professor at the Ecole Polytechnique Fédérale de Lausanne, co-director of the Blue Brain Project and involved in several research challenges of the European Human Brain Project. He studied physics at the University of Heidelberg, Germany, supported by the German National Academic Foundation. Later, as a Fulbright Scholar, he obtained his Master's degree (M.S.) in Physics from the State University of New York, Buffalo, USA, under the supervision of Richard Gonsalves. During these studies, he became curious about the role of different computing substrates and dedicated his master thesis to the simulation of quantum computing. He studied for his Ph.D. at the University of Heidelberg, Germany, under the supervision of Karlheinz Meier. For his thesis he co-designed an efficient implementation of a neural network in hardware. 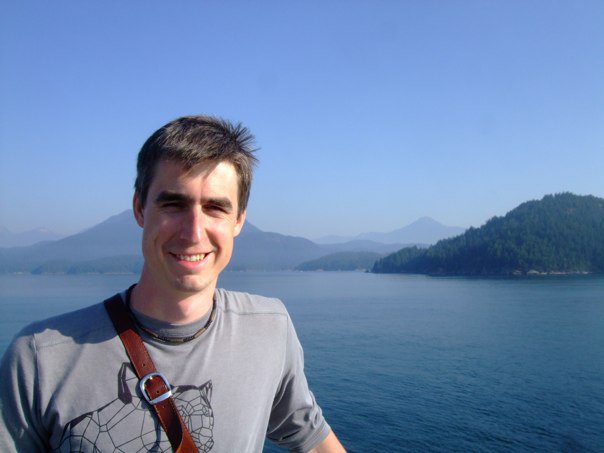 Dr. Eilif Benjamin Muller is the Section Manager of Cells & Circuits in the Simulation Neuroscience Division. Dr. Muller leads the team of researchers at Blue Brain who develop, refine and study our flagship simulations of neocortical tissue, under the direction of Prof. Henry Markram, and in close collaboration with Prof. Felix Schürmann, Prof. Sean Hill, Prof. Idan Segev (Jerusalem) and Prof. Javier DeFelipe (Madrid). The team employs state-of-the-art simulations on some of the world’s largest supercomputers in order to advance our understanding of the synergistic principles of neocortical architecture, neuronal coding, and plasticity.

Dr. Srikanth Ramaswamy is a Senior Scientist in the Cells & Circuits Section of the Simulation Neuroscience Division. Dr. Ramaswamy leads the effort in modeling synaptic transmission and neuromodulation in the Blue Brain Project’s flagship simulations of neocortical tissue, under the direction of Prof. Henry Markram, and in close collaboration with Dr. Eilif Muller, Prof. Idan Segev (Jerusalem) and Prof. Javier DeFelipe (Madrid). Dr. Ramaswamy joined the Blue Brain Project in 2006, as one of its first scientific team members and completed his PhD. under the supervision of Prof. Henry Markram in 2011. He then did a brief postdoc at the EPFL and the CHUV until his appointment as a Senior Scientist at the Blue Brain Project in 2014. 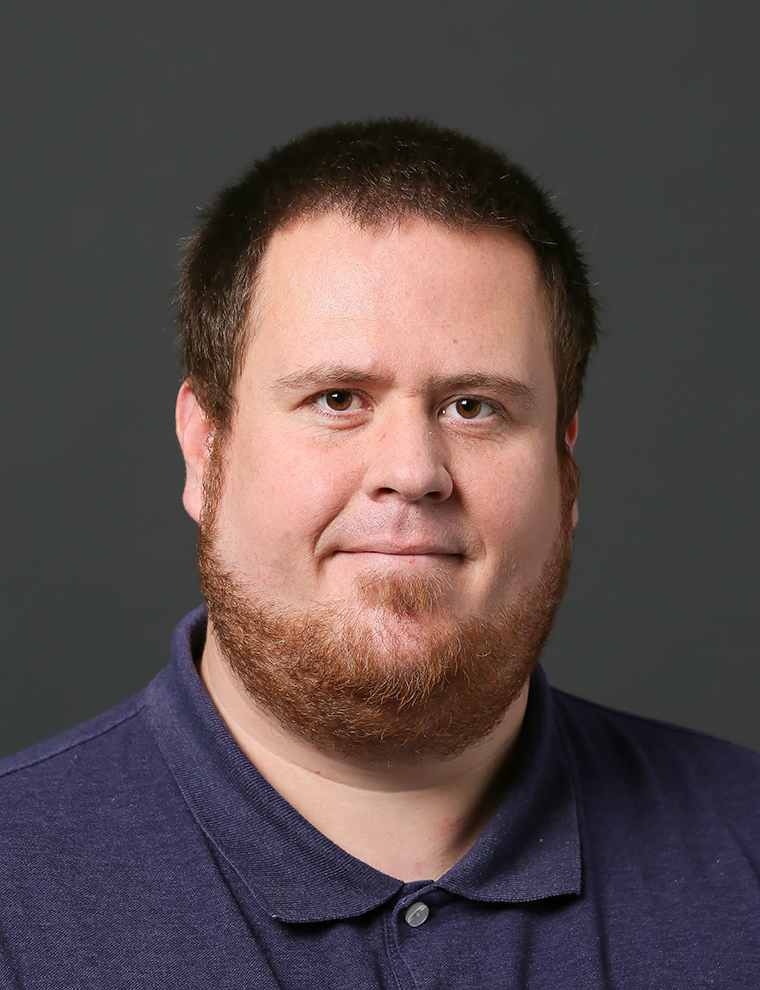 Werner is a systems specialist in Blue Brain, where he is responsible for the software used in Blue Brain's single cell modelling pipeline. He mainly focuses on automated parameter optimisation for Blue Brain's open source BluePyOpt tool, but he is also active in maintaining and extending other Blue Brain software packages. Werner obtained his Masters degree in Informatics from the University of Ghent, after which he worked as a researcher in the Computational Neuroscience at the University of Antwerp under the supervision of Prof. Erik De Schutter. He then relocated to the Okinawa Institute of Science and Technology in Japan for three and a half years. After joining Blue Brain in 2011 he shifted his focus towards scientific software development. 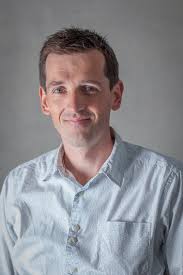 Samuel Kerrien is the section manager of the Neuroinformatics Software Engineering section in the Neuroinformatics Division headed by Professor Sean Hill. He has extensive experience with the Java and big data ecosystems, data integration in life science as well as making software development teams more effective using agile processes. He is mainly focused on developing Blue Brain Nexus platform that lies at the heart of the Blue Brain core activities. 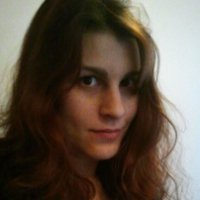 Lida Kanari is a PhD student in the Molecular Systems Section in the Simulation Neuroscience Division. Lida’s main focus is to understand the fundamental principles of neuronal morphologies in order to artificially reproduce them, so that they are statistically indistinguishable from the biological ones. She is developing tools based on mathematical principles such as Topology, Markov Models and Stochastic Processes to model and reproduce neuronal shapes. Lida has a MSc in Applied Mathematics and Physics and a MSc Computational Fluid Mechanics from the National Technical University of Athens, Greece.

The Open edX platform works best with current versions of Chrome, Firefox or Safari, or with Internet Explorer version 9 and above. However, the HBP platform where you will do your exercises only works with Firefox and Chrome

What tools or programs do I need?

You will learn to use the tools of the HBP brain simulation and neuroinformatics platforms. For this, you will set up a collab at the HBP platform starting week 2.

I'm an EPFL student, can I get ECTS (credits) for this MOOC?

EPFL Doctoral students may get credits for this, see EPFL Doctoral School Pages. You should apply to your program director.

This MOOC is designed and produced by the Ecole Polytechnique Fédérale de Lausanne, in collaboration with Hebrew University, the Human Brain Projectand the Blue Brain Project; and supported by the Patrick and Lina Drahi Foundation.